A CENTURY IN SICILY

A Century in Sicily

One hundred years ago, an Englishman and his family built their dream villa on the Bay of Mazzarò. Villa Sant’Andrea, A Belmond Hotel, Taormina Mare, has been an irresistible Sicilian retreat ever since.

Villa Sant’Andrea in 1936 by Gwendoline Manley, Courtesy of the Manley Family 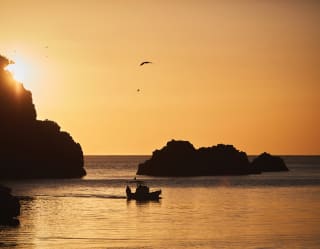 Our Centenary By Sea

Take an exclusive boat tour of the Sicilian coast to celebrate our 100th anniversary. Glide past Isola Bella and Giardini Naxos to reach the charming town of Acitrezza. Here, meet the local Rodolico family—master boat-builders since 1908 and the last in the region. Continue by boat to Catania and take a short stroll through the city centre. Then enjoy a traditional Sicilian lunch with former neighbours of the Trewhella family, who built Villa Sant’Andrea 100 years ago.

Find out more O
Back to top of page