Stepping aboard Belmond British Pullman offers a rare opportunity to immerse yourself in the golden age of travel. We’re determined to deliver authentic adventures. For us, that means supporting and perpetuating the work of British craftsmen and artisanal suppliers wherever possible. We draw on their skills in everything from restoring our 1920s carriages, to sourcing produce for our dining cars.

ONE OF THE MOST immediately striking features of Belmond British Pullman is the marquetry panelling. Each specially-named carriage boasts unique designs. In Vera your eye is drawn to an antelope springing between palms. Ibis is embellished by images of Greek dancing girls. Such ornate woodwork is a rarity in the modern world, and for this we owe a great debt to the Dunn family.

Albert Dunn established his studio, A Dunn & Son, in 1895. Having designed panelling for world famous ocean liners including the Titanic, the Lusitania, the Queen Mary and the Queen Elizabeth, he turned his talents towards Belmond British Pullman. Fortunately for us, A Dunn & Son remains a family-run operation. Today, it’s under the stewardship of Albert’s great-granddaughter Cheryl. Their machines are over 125 years old and the firm employs traditional methods dating back to the 1700s. We could not have restored our panelling so faithfully without their enduring commitment to artistry.

Such elaborate marquetry should be kept in resplendent condition. Alfred Greenham was one of the first British artisans to embrace the process of French polishing. His firm, A Grenham & Son, was established in 1884. The company’s work at Mansion House and 6 Cheyne Walk are some of the earliest English examples of the technique. Five generations later, the business remains in the family. Bryan Greenham visits us each year, meticulously working his way through the train. Each inch of wood panelling receives the finest French Polish—Bryan makes sure that our woodwork shines.

There’s intricate artwork underfoot, too. Our bathroom floors feature magnificent mosaics. Much like the panelling, their designs are unique. In Perseus you’ll find the Greek warrior battling Cetus. Phoenix's mosaic floor comes alive with an image of the mythical bird. These brilliant designs were the brainchild of artist Marjorie Knowles. Sadly, she passed away in 1998 before completing the commission.

We have one of our eagle-eyed stewards to thank for discovering mosaic artist Aimee Harman. He was impressed by the stunning pro-bono work she’d completed at Peacehaven roundabout, and told our General Manager as much. We jumped at the chance to bring her on board in 1999. She completed the only unfinished bathroom, Minerva, and began the process of restoring the other mosaics. 18 years later, Aimee remains part of the team. She says: “It’s my honour to keep Marjorie Knowles’ works looking as beautiful and vibrant as the day she made them.” With her great efforts, Marjorie’s legacy will remain strong for many years to come.

For many, our journeys are a rare chance to dine in true style. We believe it’s the fine details that matter. So, right down to cup and saucer, everything on board is bespoke. Our crockery was made in 2013 by William Edwards, the finest bone china supplier in the land. Their individual designs grace the tables of many a royal household. Our tableware is accented with lilac and features the train’s insignia.

Naturally, the same ethos extends to the food and drink you’ll enjoy on board. Tea comes from Tregothnan, the oldest plantation in England. Drawing on almost 200 years experience, it benefits from Cornwall’s rich micro-climate. In the mood for something a little stronger? Our award-winning Balfour Brut Rosé comes from the Hush Heath Estate in Kent. You can be sure to end your meal in fine artisanal style too, with dairy direct from the best British suppliers. Whether it’s goat’s cheese from Golden Cross in Sussex, or stilton from Tuxford & Tebbut—who’ve been plying their trade since 1780—quality is always assured.

At Belmond British Pullman, we’re proud of our heritage. Not only are our journeys steeped in nostalgia, they’re a reflection of all that’s quintessentially British. Step aboard and celebrate the best of this great country. 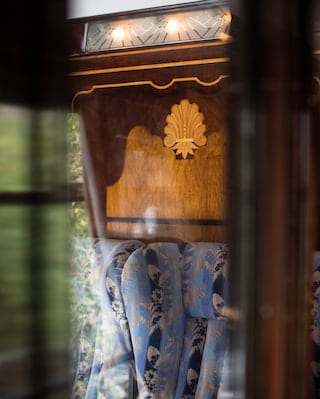 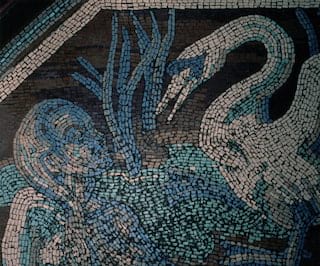 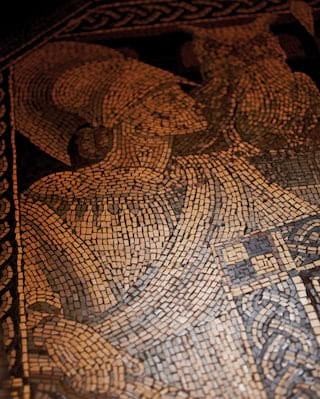