The miracle of Fajã dos Padres 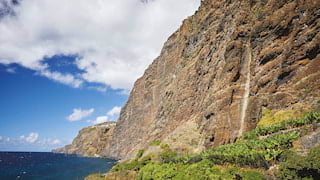 Feel the vibrant spirit of

On an excursion from the hotel you’ll have the chance to meet the owners, tour the winery and enjoy a private tasting of the luscious wine. The journey down the cliff in a cable car, threading your way through the organic gardens at the bottom, is an experience in itself.

Visit Belmond Reid's Palace
Back to top of page