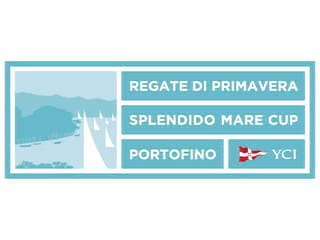 A regatta means salty air, windswept hair and the magic of seaside living. Combined with the effortless charm of Portofino, this is harbourside life at its very best.

“To me, the sea is a continual miracle,” Walt Whitman wrote in his poem ‘Miracles’. “The fish that swim, the rocks, the motion of the waves, the ships with men in them. What stranger miracles are there?"

This couldn’t be truer for the people of Portofino. Naturally, the village’s harbourside location means that the sparkling sea is never far away. But its roots, and the way of life of the portofinesi, are inextricably tied to the water. Not only has Portofino been a fisherman’s paradise for centuries, but in 1890 it hosted its first ever regatta, organized by Genoa’s Yacht Club Italiano.

Affluent tourists fell hook, line and sinker for Portofino’s tantalizing combination of fresh seafood, grand yachts and colorful houses. The arrival of the international elite only added to the glamour of the regatta in Portofino. In 1980, the first ever ‘Regate IOR di Primavera – Trofeo Zegna’ took place. 60 yachts from IOR class and 9 yachts from J24’ class set sail together in the Ligurian Sea. This regatta soon became an unmissable event that rang in the start of the regatta season for the entire Mediterranean region. Sadly, the last Trofeo Zegna took place back in 2006.

Until now. Forty-one years after the original ‘Primavera’ races, a regatta made a triumphant return in honour of the re-opening of Splendido Mare, A Belmond Hotel. The ‘Regate di Primavera – Splendido Mare Cup’ was a joint venture between the Italian Sailing Federation, Yacht Club Italiano and the International Maxi Association. We invited icons of the yachting world to the inaugural event, which took place 6–9 May 2021 and was sponsored by Loro Piana, Veuve Clicquot and Banca Passadore.

Read about the events of the 2021 regatta below.

On the first day of racing, conditions involved a south-easterly current of around 15 knots with waves of 2 metres. The action kicked off at 11:27am, when the 19-mile race between Portofino and Sestri Levante began. The winner, in 2 hours, 1 minute and 26 seconds, was Carlo Alberini’s Pendragon. The final ranking after the calculation of compensated times saw the first victory for Rinaldo del Bono's R/P 78 Capricorno, second place for Luciano Gandini's Mylius 80 Twin Soul B and third for Andrea Bianchedi's Swan 98 Drifter Cube.

The second day was also action packed. Yachts travelled past the Portofino lighthouse in a thrilling, adrenaline-charged race as the wind continually changed. This time, the 14-mile course navigated the Gulf of Tigullo. The first across the line in real time was, again, Carlo Alberini's Pendragon three minutes ahead of Rinaldo Del Bono's Capricorno. Luciano Gandini's Twin Soul B crossed the line a few lengths behind. The ranking in compensated time after two days of racing was led by Rinaldo Del Bono's R/P 78 Capricorno.

Day three saw summery conditions, with a breeze of around 7 knots for the 11 mile course. Rinaldo Del Bono's Capricorno finished in 1 hour, 34 minutes and 9 seconds, crossing the line first for the third consecutive win (the first two in compensated time). There was a close fight for the top positions, with Carlo Alberini's Pendragon finishing second just one minute behind Capricorno. Third was Luciano Gandini's Mylius 80 Twin Soul B in another brilliant series of races.

The final day saw little wind, but plenty of sun. Action kicked off at 2pm, seeing the same results as day three and cementing a victory for Capricorno.

“I dedicate the victory in these races to Portofino and to my crew,” said Capricorno’s Alessandro Del Bono. “We’ve been sailing together for ages and once again we have shown the value of a yacht that is still very fast.” Built as a racing yacht by McConaghy in 1995 to a design by Reichel Pugh, Capricorno is one of the most successful boats of the past 20 years.

With the re-opening of Splendido Mare no time is better than the present to celebrate the village's heritage. The event paid loving homage to the Portofino's historical regattas with a combination of sport and glamour.

A triumphant rebirth of Portofino and its nautical history, the regatta was an ode to the charm of coastal living. Regate di Primavera – Splendido Mare Cup: a special toast to a legendary destination with fresh wind in its sails. Until next year!

Explore Splendido Mare
Back to top of page