Portofino’s pretty harbour is world renowned. Sunny-yellow and pastel-pink residences gaze across the mellow waves rolling in from the Ligurian Sea. Private yachts and sailing boats lull from side to side on the shoreline. It’s an archetypal portrait of an idyllic coastal town, and one conjured by most of us when we dream of the Italian Riviera.

What lures Portofino’s stylish pilgrims on, beyond the image, is a unique spirit. Nowhere more palpable than the village piazzetta.

In 1959, at the height of La Dolce Vita days, Dalida released the hit tune I Found My Love in Portofino. The song’s gently lilting lyrics resonate perfectly with the spirit of piazzetta life: “Down in a small Italian Bay, after my daily cappuccino, love came my way."

In 2013, legendary tenor Andrea Bocelli revived the retro hit. Fittingly, he performed in the very piazzetta celebrated in the song. Portofino’s famous bay shimmered under a full moon as Bocelli sang in Italian of the ‘place made just for lovers and the friendly bar piano man’.

In Italy, the piazza is an institution. At the heart of the nation’s towns and cities is a dynamic locus where architecture has been woven into the very fabric of society. We can thank those savvy Romans for this slice of town-planning perfection. Their much-imitated grid road system culminated in a sacred space at its core.

Most often, these spaces formed a religious and municipal base for the people. Society would gather to trade, worship and bear witness to the formalities of empire. Granted, the rituals and spectacles were frequently bloody in those days.

Like the people, piazzas have changed with the times. During years of great conflict, they were obscured by design to prevent the town’s core from being the focus of an attack. Today, many remain surrounded by narrow alleyways and high facades.

The Renaissance inspired more ornate public spaces. The piazza became a place to showcase power and creative talent. Famous examples like Piazza San Marco in Venice and the Vatican City’s Piazza San Pietro serve as a symbolic nucleus for the city and a window into the soul of its people.

Portofino is no different. But, unlike those introverted cities of old, this town wears its heart on its sleeve.

In Portofino the piazzetta stands proudly front and centre in the harbour. The square stretches out into one long promenade that hugs the curve of the shoreline, embracing the glittering sea. The symbolism here is of a casual glamour, hinted at by the luxury boutiques lining the shore (Balenciaga, Louis Vuitton and Salvatorre Ferragamo to name a few).

There are plenty of places in the piazzetta to perch and observe the pulse of village life, when you aren’t taking part, of course. You’ll find there’s still a sense of ritual here, but rigid Roman traditions have been replaced with easy pleasures...a morning coffee, long lazy lunches, moonlit strolls by the shore.

Perhaps it’s the peaceful lapping of the waves, maybe it’s simply the sunshine, but Portofino’s piazzetta sets a gentle rhythm; a slow beat from the town’s open heart. The most challenging aspect of piazzetta life? It’s the choice between sitting back to observe or stepping out to become a player in the elaborate theatre of life. 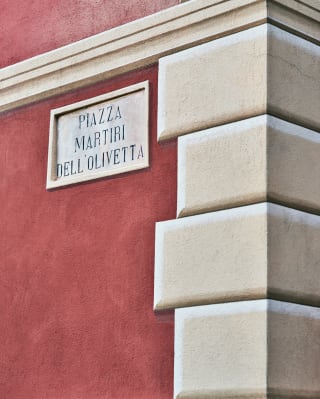 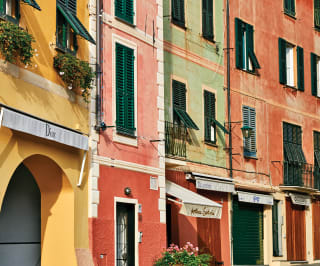 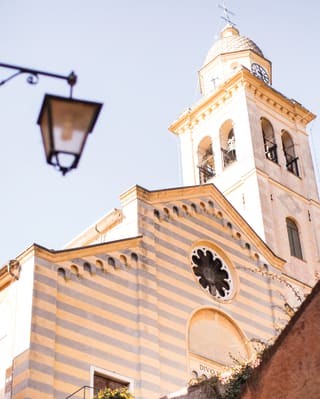 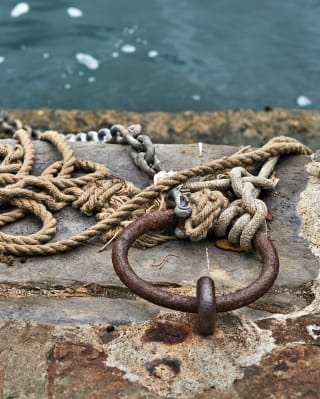