Belmond is deeply saddened to share the news that Christian Bodiguel, Executive Chef, Venice Simplon-Orient-Express, passed away the morning of 19 September 2019.

The train’s legendary chef was celebrating 35 years aboard the train this season.

Christian Bodiguel’s interest in cooking began early inspired by his Cordon Bleu grandmother, and he was appointed Executive Chef of the Venice Simplon-Orient-Express in 1984. His signature dishes included Charolais Beef served with Truffle Caviar, his famous lobster brunch and Roast Salt Marsh Lamb served with sage flavoured polenta, always sourcing the best ingredients in the countries through which the legendary train travelled.

During his time on board he cooked for members of Royal families, dignitaries and celebrities and was a key part of thousands of guests’ celebrations on the train.

“Christian was hugely admired by all who knew him and a true part of the train’s DNA. Christian was always so generous with his time and chatted with our guests as he walked through the carriages explaining his dishes and discussing the origins of his ingredients. His memories will live on through all who knew him and the legendary dishes that have been loved by so many.

We are so saddened to lose such a special person and our thoughts are with his family and all his colleagues at this difficult time. ’ Gary Franklin, Vice President, Belmond Trains & Cruises. 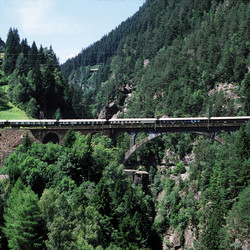