To celebrate the hotel’s 60-year heritage for attracting world-renowned artists and creatives, guests who visit over the season can enjoy painting lessons in the beautiful Casanova Gardens, explore the island’s newly imagined ‘Giudecca Art District’ and immerse in thought-provoking artworks on surrealism, nature and the human form.

From the mythological meaning of Igor Mitoraj’s bronze sculpture overlooking the lagoon and the marvel of Pablo Atchugarry’s marble figures placed in the gardens to the modern illustrations of Mauro Bergonzoli’s eighteenth-century Venice: Belmond Hotel Cipriani perfectly embraces the complexities of Biennale’s 2019 theme “May You Live In Interesting Times”.

Under the pergola of the Casanova Gardens, inspired by Florence’s artisan boutiques and studios, the Guarnieri brothers offer guests the opportunity to participate in the aptly named Alfresco Art Class: a series of individual or group painting lessons to learn ancient painting techniques in a modern context. Roberto and Rodolfo Guarnieri inaugurated the Iguarnieri gallery in 1994 and their works are now exhibited in public and private collections around the world. One of their most masterful pieces, Dream of Regatta, is the first artwork to greet guests off the water and depicts brightly coloured boat sails celebrating Venice’s nautical heritage and intrinsic link to the lagoon.

Founded by two young and dynamic curators, Pier Paolo Scelsi, General Director and Valentina Gioia Levy, Artistic Director, the Giudecca Art District is a network of art professionals who have come together to showcase contemporary works in hidden corners and restored spaces of the Giudecca island.

This year, guests can stroll out from the hotel to explore the many independent projects, exhibitions and cultural events that are planned around the theme: Take Care of Your Garden. Cultivating a New Humanism, which juxtaposes emerging contemporary artists with big names such as Yoko Ono, Kendell Geers, Kazuko Miyamoto, Moataz Nasr.

A GALLERY OF GREATS

In partnership with the Contini Gallery, a famous Venetian collection of galleries, the work of four artists, Igor Mitoraj, Pablo Atchugarry, Julio Larraz and Enzo Fiore work has been thoughtfully curated and displayed around the hotel to inspire creativity and conversation.

Huge canvases by Enzo Fiore, placed either side of the library off the lobby, show two perspectives of the Grand Canal made using natural materials such as moss, leaves, roots, earth, cement, stones and insects. By the entrance to Michelin-starred Oro Restaurant, Julio Larraz’s canvas entitled Flower Storm, Over Sappho's House represents the life of the artist and makes reference to Surrealism and Spanish painting techniques of the 17th century.

All the masterpieces exhibited at Belmond Hotel Cipriani can be purchased. For information and activity reservations call: +39 041 2408505 or email concierge.cip@belmond.com

Prices at Belmond Hotel Cipriani start from 1,350 Euros /£1,171 based on a Garden Room with Balcony, including breakfast, subject to time of booking, and can be made at www.belmond.com

Restaurant reservations for lunch and dinner can be made through the Concierge at +39 041 2408505.

Restaurant prices are the followings:

Notes to Editors: INDEX OF ARTISTS AND THEIR WORKS

On the terrace of the Michelin-starred Oro Restaurant, perched over the lagoon of Venice, Ikaria (2 wings) (1987, bronze ed. 6/8) by Igor Mitoraj is designed to capture attention. The reinterpretation of classical art, which is found in the sculptures of the iconic Polish artist, gives the illusion of archaeological discovery. Ikaria, who is not related to any character from classical mythology, was born from the imagination of Mitoraj, and is a part of his legendary line-up of characters.

In the Casanova Gardens sits the sculptural group Soñando la paz (2003, white Carrara marble, Bardiglio marble) by the Uruguayan artist Pablo Atchugarry. The work makes its great return to the lagoon, having debuted at the 50th Venice Biennale of Art, thanks to the collaboration of Galleria Contini.

The composition combines symbolic forms with an intense material expressiveness, typical of the Atchugarry metric. The central pillar, in white Carrara marble, reflects a stele with a slender silhouette, a symbol of spiritual elevation. The three triangular figures, in gray Bardiglio marble, surrounding the pillar, represent the themes of materiality and artificiality. The right-angled triangle, deriving from the division of an equilateral triangle, historically represents the human figure and symbolises loss, balance and harmony.

Also nestled in the gardens is the powerful vivid blue Il Fiore bronze statue (2017, bronze, h 300 cm) created in 2017 by Atchugarry to represent the strength of nature and an Untitled (2013, blue patina bronze, 58x40x27 cm), which is tucked inside the hotel lobby.

Near the entrance to the Michelin-starred Oro Restaurant, is the work of Julio Larraz, a Cuban painter also linked to the Galleria Contini. His canvas entitled Flower Storm, Over Sappho's House (2016, oil on canvas, 152.5x183) showcases the ebb and flow of his life, with a unique subtlety and a precise style, and references Surrealism and the Spanish painting techniques of the 17th century.

Since its debut in 1997, the Milanese artist omits traditional painting techniques to make use of the ‘tools’ given to him by nature: moss, leaves, roots, earth, cement, stones and insects and are attached to white canvases by resin. In Biological Table (2017, mixed technique on canvas, 60x50 cm) and in Sospensione (2017, mixed technique on canvas, 60x50 cm) are also on display in the hotel library, slender moths hover in the air, shifting the focus of perception from the decline of the matter to the subject of vitality.

Belmond Ltd., part of the world's leading luxury group LVMH Moët Hennessy Louis Vuitton, has been a pioneer of luxury travel for more than 40 years, building a passion for authentic escapes into a portfolio of one-of-a-kind experiences in some of the world’s most inspiring and enriching destinations.

Since the acquisition of the iconic Hotel Cipriani in Venice in 1976, Belmond has continued to push industry boundaries, taking discerning global travellers on surprising and unforgettable journeys spanning land, water, adventure and relaxation, with international acclaim. The portfolio of 46 properties extends across 24 countries, encompassing three luxury safari lodges, two river cruises, seven luxury trains, including the iconic Venice Simplon-Orient-Express, and the legendary ‘21’ restaurant in New York. From historic city landmarks like Belmond Cadogan Hotel and Belmond Copacabana Palace to hidden retreats at Belmond Cap Juluca and Belmond La Résidence d’Angkor, each incomparable property has its own timeless story to tell, yet the hallmarks of the brand thread through them all: heritage, craftsmanship, and a reputation for genuine, unscripted service in an unrivalled location create exceptional experiences that stir the soul. www.belmond.com. 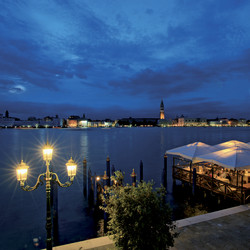